Our planet isn’t a mere coalition of seas and continents, it’s an amalgamation of existential efforts of each and every species of flora and fauna that has graced this very planet; these efforts are what makes up Earth, what it is.

Climate change is the single biggest catastrophe to have impacted our planet in more than 4.5 billion years of its lifetime. Today, it isn’t just impacting human race’s survival but it is has also devastated ecological balance of the planet beyond the cusps of anyone’s imagination. One shouldn’t hesitate to call it the fifth horseman of the apocalypse.

If climate change is a storm, then plastic is its eye, that has given shape to this blasphemous disaster which is engulfing the planet with every second that passes by. Before the advent of plastic or synthetic polymer, human manufacturing was constrained by the walls (limits) of nature, but not anymore. Little did the people know at the dawn of 20th century, that the discovery, they are claiming to be the savior of the environment shall be the birth of catastrophe of a lifetime.

Material of a thousand uses — as it was marketed in the early 1900s, actually found a way into our lives in more than a thousand ways.

Today, more than a century later, the boon of the 20th century has become an existential crisis for the very planet. Plastic has entered so deep rooted into our life-streams that it hardly left a place for any of its alternatives. It has become seemingly impossible to imagine a plastic-free day in our lives. It has infiltrated not just into daily utilities, festivities, decors but into our FOOD too. From highest mountains to the deepest trenches of the ocean, plastic has found its way to every nook and corner.

The situation that we find ourselves into is truly that of David vs Goliath. No mystical sword exists that would slay this giant down in a single strike.

The change that we seek is much bigger than you, me or any of us.

But this change is imminent and incumbent; incumbent for us to put up a fight, else we all shall not be able to accost to our future generations for striving them off, of all the treasures that this beautiful planet beholds.

The concoction of attempts from whole of humanity is necessary for us to pave way for the foreseeable future of the planet. But they needn’t be unprecedented; a humble step towards plastic free future can start from one’s routine life as well.

The smallest action that reduces the stress on the planet is a step in the right direction. Isn’t it? Us critically thinking about the everyday plastic essential, the everyday tool we use to clean our teeth, that’s a small big step too.

We don’t need a handful of people living perfectly mindful lives, we need millions of us trying imperfectly, and foster a whole that’s so much greater than the parts. A whole, that silently can become a power no makers can suppress, a power that can transform the world.

We have to start taking responsibility for our actions and make conscious choices. Ultimately, it’s the power of our consumer demands that drives production efforts put in by the makers. We can rest assured that if companies start to witness a major consumer trend like refusing plastic toothbrushes for example, and opting for an Eco-friendly alternative like a humble bamboo toothbrush, they will strive to keep up with the market. And, your individual swap, when multiplied by millions, would give birth to a whole new industry, a whole new market that will have no shelf space for a single plastic toothbrush. A giant change raised from a single swap — not too much to ask, is it? 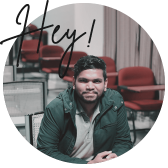 Thank you for choosing planet over convenience. Dismiss